Does the AstraZeneca vaccine cause more common side-effects than others? Your coronavirus questions answered

Are the common side-effects worse, or are GenXers more sensitive? 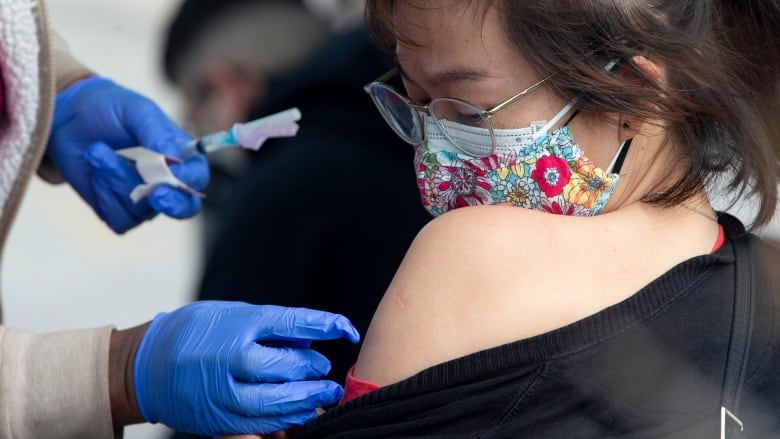 A nurse from Michael Garron Hospital prepares to administer a vaccine at a mobile vaccination site outside the Masjid Mosque in Toronto on April 9, 2021. (Chris Young/The Canadian Press)

We're answering your questions about the pandemic. Send yours to COVID@cbc.ca, and we'll answer as many as we can. We publish a selection of answers online and also put some questions to the experts during The National and on CBC News Network. So far, we've received more than 75,000 emails from all around the country and the world.

After the age limit for the AstraZeneca-Oxford vaccine was lowered from 55 to 40 across several provinces, many more GenXers have received their first dose and reported feeling lousy afterward. Social media has been flooded with people reporting the non-serious side-effects they felt (and, in many cases, their vaccine selfies).

Mary R. wrote to say she was hearing of many people aged 40 and up who were feeling unwell after receiving the AstraZeneca vaccine.

So, are there more general side-effects with AstraZeneca than with Pfizer or Moderna?

The answer is no.

"There's no evidence per se to support that AstraZeneca has any additional or more severe [general] side-effects than either of the mRNA vaccines," said infectious disease specialist Dr. Alex Wong in a recent interview on CBC's The National.

According to the AstraZeneca product monograph, more than one in 10 people will experience some of these very common side-effects:

These are similar to the ones reported with Pfizer, Moderna and Janssen.

"Those [side-effects] usually go away in a couple of days," said Wong.

If you experience these effects, Wong suggests taking a bit of Tylenol or ibuprofen to help make them go away a bit quicker.

So then why does my social media seem full of GenXers feeling lousy after getting the shot?

Younger people can have more immediate reactions to vaccines than those who are older, Dr. Allison McGeer, an infectious diseases specialist at Toronto's Mount Sinai Hospital, said in a recent CBC News Network interview.

People who are 40 "just have brisker immune systems," said McGeer "and so you tend to have more side-effects to vaccines."

While it may not feel so great, experiencing minor post-vaccination side-effects is actually a good sign. It means that your immune system is revving up and building antibodies against the virus that causes COVID-19.

And if you're comparing how you felt after your first shot of AstraZeneca, a viral vector vaccine, with your friends who've received one dose of an mRNA vaccine, such as Pfizer and Moderna, keep this in mind.

That said, there are some serious but more rare side-effects you shouldn't ignore, including signs of allergic reaction. You should seek medical help if you experience:

Would taking an Aspirin reduce the risk of blood clots?

With reports of rare blood clotting linked to AstraZeneca, many Canadians have written to ask if taking Aspirin before getting the shot would help reduce the risk.

First, it's important to note that VITT is believed to be extremely rare, and is different from the blood's regular clotting mechanism and conditions like deep vein thrombosis.

The National Advisory Committee on Immunization (NACI) said VITT occurs at a rate of between one in 100,000 and one in 250,000 people vaccinated and has a mortality rate of about 40 per cent, although more research is needed and that risk is reduced if treated early enough.

Aspirin, the painkiller acetylsalicylic acid (ASA), is also a type of blood thinner called an antiplatelet. It can interfere with your blood's clotting action. So wouldn't it help to take one before vaccination?

"The answer is NO," wrote Dr. Vera Dounaevskaia, director of the thromboembolism clinic at St. Michael's Hospital in Toronto in an email to CBC News.

"It will most likely not help, and can increase bleeding risk."

According to the National Advisory Committee on Immunization (NACI), VITT is associated with the development of antibodies that "activate" platelets.

Platelets are a type of blood cell that help the body form clots to stop bleeding.

"I can certainly see why you would think that [taking] Aspirin should work," said Dr. Don Sheppard, director and founder of the McGill Interdisciplinary Initiative in Infection and Immunity in a recent CBC News Network interview.

But "Aspirin just doesn't have the firepower to beat these antibodies that directly turn your platelets," he said. "So we don't think that that's going to be the magic bullet, sadly."

Can you mix doses of different brands of AstraZeneca? 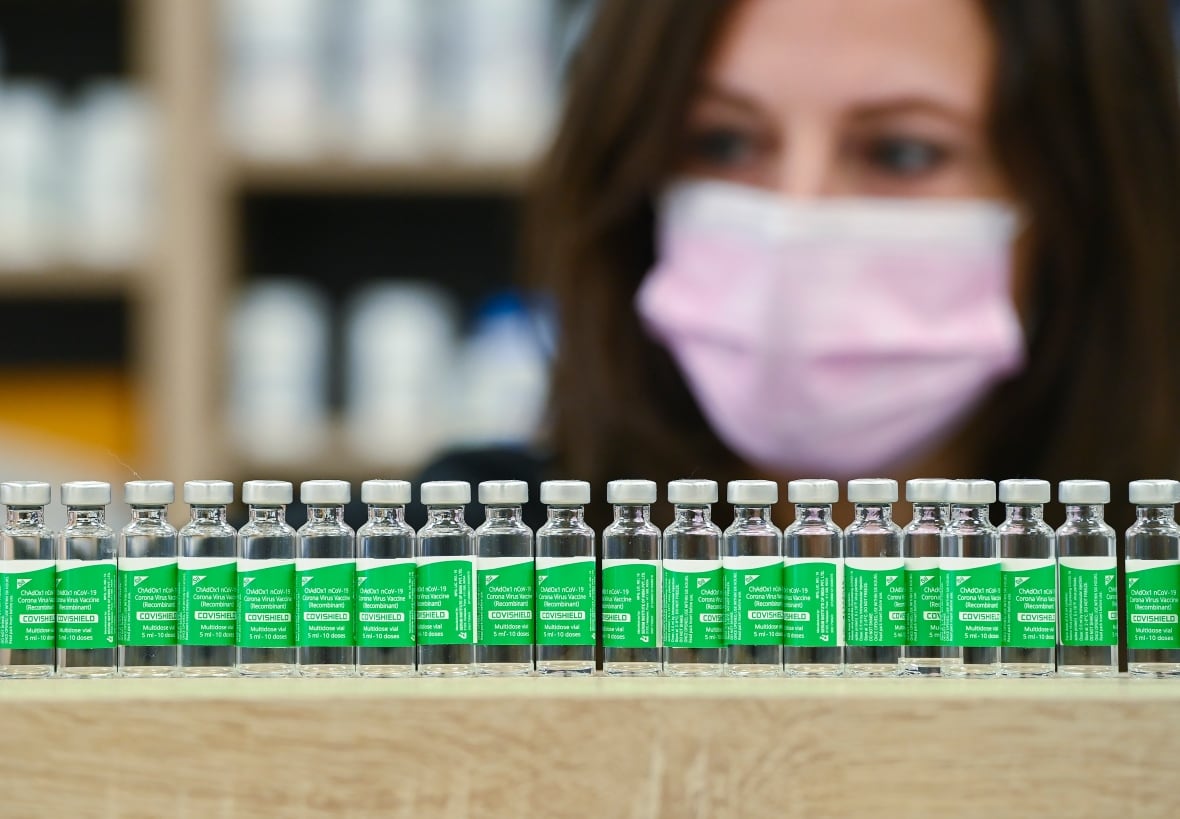 Pharmacist Barbara Violo arranges all the empty vials of AstraZeneca-Oxford COVID-19 vaccines she has provided to customers at the Junction Chemist in Toronto. (Nathan Denette/The Canadian Press)

There are two different brands of the AstraZeneca shots for COVID-19 available in Canada: The AstraZeneca COVID-19 Vaccine, manufactured in the United States and elsewhere, and COVISHIELD, manufactured by Serum Institute of India. You don't need to worry about mixing them. They are interchangeable.

"Health Canada has evaluated the manufacturing process by both factories and said that they're identical."

So, it's totally fine to start and finish with either shot when completing your vaccination series, a spokesperson from AstraZeneca confirmed in an email to CBC News.

However, getting two different types of COVID-19 vaccines, such as one Pfizer shot and one AstraZeneca shot, is currently not recommended.

But there are studies looking at the safety and efficacy of mixing different kinds of vaccines, such as the mRNA vaccines from Pfizer and Moderna, and the non-replicating viral vector vaccines, such as Janssen (Johnson & Johnson) and AstraZeneca.

Health officials in Quebec are considering offering a different second mRNA dose amid vaccine shortages in that province.

Some experts suspect that using different types of vaccines together might actually give you a better immune response.