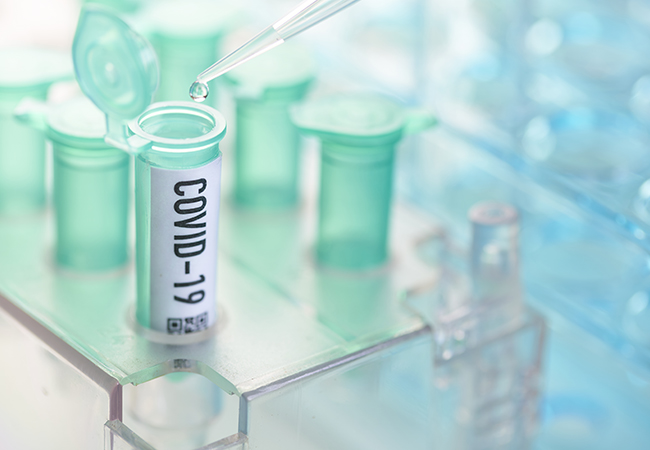 Researchers have learned valuable lessons from COVID-19 antibody testing in the population, including those about the challenges in using the method at an individual level.

The results of B.C.’s groundbreaking COVID-19 serology testing that showed an infection rate of just 0.5 per cent in the population was good news.

That low rate of prevalence, however, introduces one of the challenges in extending serology testing to individuals interested in finding out their own status using point-of-care kits rapidly being developed.

And it raises more skepticism among researchers about the concept of so-called immunity passports for individuals able to show that they have been exposed to the virus.

In B.C.’s context, a serology test method would have to be almost 100 per cent accurate, and none of the tests evaluated so far have been, before a result would be useful, said Daniel Coombs, a math professor at the University of B.C. who studies models of pandemic growth and control.

Even with an error rate of one per cent, “it’s more likely (a result is) a false positive as it is a true result,” Coombs said, which could have huge implications for anyone hoping to rely on the result as an assurance that they can relax other measures such as physical distancing.

The idea is that people shown to have built up antibodies to COVID-19 in their blood would have some immunity to further infection, but no one has proven definitively that is the case, said Dr. Mel Krajden, head of the B.C. Centre of Disease Control’s (BCCDC) public health lab.

It’s likely that people who have COVID-19 antibodies will have some protection from reinfection, Krajden said, but “we just don’t know for sure.”

“Time will tell whether or not serology will have some importance (for individuals), but at the present time there’s very little indication to do any testing in individuals,” he said.

However, serology testing at the population level has proven useful in determining levels of virus transmission and its spread to guide the public-health response, Krajden said.

Separate from diagnostic testing to find the live virus, which determines who might be sick and spreading the disease, serology searches for antibodies to the virus — evidence that an individual’s immune system has been trying to fight it off.

B.C.’s serology study, conducted jointly between the BCCDC, UBC and the private testing firm LifeLabs, suggests that in Metro Vancouver eight times as many people were infected by COVID-19 in the virus’s first wave than were recorded in standard testing, but that is still fewer than one-in-100.

Krajden said the BCCDC wants to do more targeted serology tests including work to better understand the virus’s spread between children and their parents to better guide public policies for restarting schools.

Krajden said they evaluated both lab-based assay serology tests and some point-of-care test kits, those that can be done and deliver a result on the spot using a pinprick of blood from a person’s finger.

And some of the point-of-care kits they looked at were “woefully inadequate,” he said.

“You get one batch of the kits and they perform one way, another batch of the kits would perform another,” Krajden said, which he attributed to manufacturers rushing into a hot area without enough attention to quality.

None are approved in Canada, but Krajden said there are 250 on the market in the U.S. where “oversight of the quality was not up to the typical standard you’d expect from the (Food and Drug Administration).”

Outside of public health, the Vancouver-headquartered consulting firm Novateur Ventures looked at the products of 300 companies drawn into the field in the early stages of the pandemic, said Ali Ardakani, the company’s managing director.

Ardakani characterized the field as “a bit of a Wild West game right now,” with a few tests that show promise, but more than half that didn’t even meet the criteria set out in the firm’s own product specifications.

He believes Health Canada will want to see results from large-scale tests of serology kits before being comfortable with one, “because think of the implications of having the wrong test,” Ardakani said. “It’s actually worse than having no test.”

Ardakani’s consulting firm was involved in a study that evaluated 62 serology tests, including 42 rapid tests on the market, published last week that found some performed better than others. Some countries have made test kits available to the public but “they come with all sorts of disclaimers,” Ardakani said.

However, he said, there is an interest in coming up with a test that is reliable enough for people to acquire at pharmacies for regular use.

Krajden said the BCCDC’s work found that it takes time for people to build up enough antibodies to show up, probably 21-to-30 days after infection in the tests they looked at.

“If you test someone too soon, you get a false negative,” he said.

Krajden added that B.C.’s low infection rate to date also tells researchers that there is a huge population still vulnerable to COVID-19, which means no one should be relaxing their practices in respect to physical distancing.