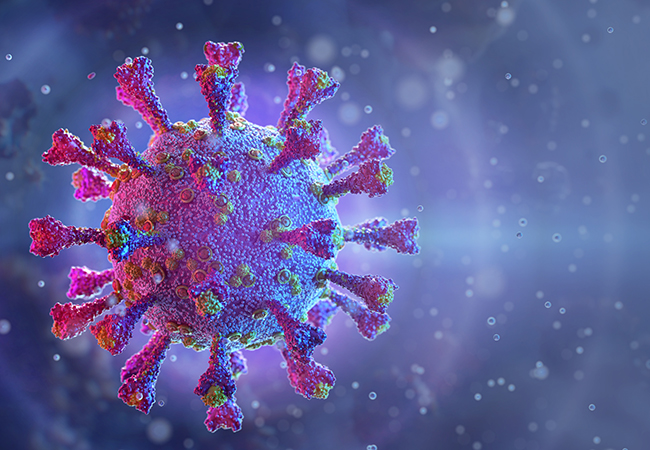 Two generic anti-inflammatory drugs typically used in asthma treatments are being proposed for use with COVID-19 because of their potential to dampen disease progression and severity.

The idea was presented by Novateur Ventures Inc. in the peer-reviewed research paper, ‘A Novel Strategy to Mitigate the Hyperinflammatory Response to COVID-19 by Targeting Leukotrienes,’ published in Frontiers in Pharmacology. The paper explores the role of leukotrienes in the hyperinflammatory response that occurs in severe COVID-19 cases and often leads to multi-organ failure.

Novateur Ventures suggests that combining the controlled release formulation of the leukotriene biosynthesis blocker zileuton (Zyflo®) with montelukast (Singulair®), which inhibits the cysteinyl leukotriene 1 receptor, could prevent the cytokine storm from forming.

Because both zileuton and montelukast were developed decades ago and now are generic medications, their safety and efficacy already are well-documented in humans. Therefore, it appears possible that the combined therapeutics can go directly into Phase III trials to prove their efficacy in combination and against the hyperimmune response that occurs in acute respiratory distress syndrome (ARDS) associated with COVID-19.

“We’re talking with investigators globally to advance the idea into clinical trials, and are looking at sites and potential drug development partners,” Ali Ardakani, founder and managing director of Novateur Ventures, told BioSpace.

Leukotrienes are lipid mediators. As the paper noted, “Leukotrienes have some of the most potent impacts on immune cell trafficking and vascular leakage in biological systems.

“They are made de novo – only when there’s an infection or other stimulus – and are derived from the fatty acids in cells. In small amounts, they help the host fight the infection. In COVID-19, when the inflammatory response gets out of control, leukotrienes are churned out, where they affect blood vessels, making them leaky. Then fluid can get into the lungs and the virus can get into the blood stream,” Colin Funk, Ph.D., scientific lead, Novateur Ventures, told BioSpace.

Despite their importance, leukotrienes have been overlooked as a potential strategy against COVID-19. Of more than 20,000 papers listed on PubMed mentioning COVID-19, only three also discussed leukotriene modifier drugs as a potential treatment, Funk and Ardakani pointed out in the Frontiers paper.

“One of the reasons leukotrienes have been overlooked is that they are very difficult to measure,” Funk said. “In hospitals and labs, you can’t just take a blood test because there are no routine leukotriene assays. Instead, measuring them usually requires sophisticated equipment, like mass spectrometers.”

As a COVID-19 therapy, however, leukotrienes merit investigation. Funk and Ardakani suggest combining the drugs because they target separate sites and have different mechanisms of action.

Zileuton blocks the formation of leukotriene B4 (LTB4), one of the most potent known chemoattractants for neutrophils and lymphocyte subsets. Funk and Ardakani suggest LTB4 probably is a key mediator in terms of carrying white blood cells to the site of inflammation. Dampening its action could reduce the lymphocytopenia and neutrophilia observed in severe cases of COVID-19.

“Moreover, the cysteinyl leukotrienes (cysLTs) LTC4 and LTD4 are among the most profound vascular leakage promoting agents in man and animal models,” the two wrote. So blocking the formation of those leukotrienes with montelukast would have a significant effect on vascular leakage.

“Ideally, zileuton would block leukotriene synthesis. If it works extremely well, patients probably would only need (the one drug). But, it has poor pharmacokinetics and a short half-life,” Funk said.

The controlled release formula, for instance must be taken twice daily.

“Montelukast only acts on the Cys LT1 receptor. It’s very specific and can block vascular leakage,” he said.

It is very potent and could be taken once daily.

These drugs likely would be most effective early in the onset of disease, before the hyperinflammatory cell recruitment to the lungs and before pulmonary edema sets in. Therapy, ideally, would begin “shortly after a positive test is confirmed,” Funk said.

Although clinical trials have not begun, Funk and Ardakani speculate the drugs could be administered alone or with other therapies during a one- to three-week period until symptoms resolve and tests for SARS-CoV-2 are negative. Because both drugs are generic, their costs for a full treatment cycle are relatively low. Montelukast, for example, costs about $1 per day. Zileutron costs about $100 per day – about $700-$2,100 for one to three-week treatment cycle. (Usage against COVID-19 still depends on the outcome of clinical trials, they stressed). Remdesivir, in contrast, costs approximately $3,000 for a five-day course of treatment.

“Overall, SARS-CoV-2 appears to promulgate a novel clinical presentation never before seen in the human population,” Funk and Ardakani wrote in Frontiers. Pathogenesis is multifocal. For instance, the virus may attack blood vessel endothelial cells, leading to coagulopathy and strokes, damage to the kidneys and perhaps pancreatic islet cells, and neurological problems.

Unmet need is high, with only two therapies authorized for emergency use as COVID-19 therapies by the U.S. Food & Drug Administration (FDA).

Zileuton and montelukast have the potential to meet at least some of those needs. Ardakani likens the combination of zileuton and montelukast to a dam that prevents water from gushing over during the rainy season. In the same way, he says, this combination could prevent a hyperinflammatory response from overwhelming the immune system and creating a condition that, he said, is worse than the virus itself.