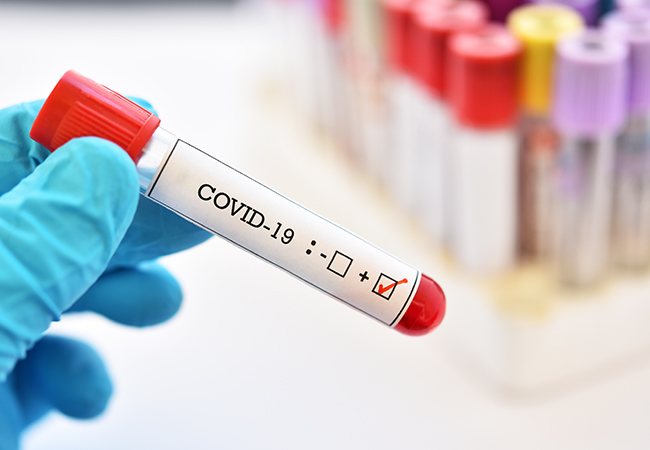 The U.S. FDA announced July 18 that it has granted an emergency use authorization (EUA) to Quest Diagnostics Inc. for the company’s real-time, reverse transcriptase polymerase chain reaction test for the SARS-CoV-2 virus in a development that FDA commissioner Stephen Hahn described as “an important step forward.” The Quest test had previously been authorized for individual nasal swab specimens collected by the individual at home, but the new EUA allows the test to be used for up to four swabs collected from any one of four sites, including the oropharynx and the nasal nares, and offers a new mechanism for desperately needed surveillance testing.

The FDA said this approach to pooling will help to economize resources, and would reduce wait times for patients in many instances. Pooling will be deployed as a surveillance instrument in areas with low known prevalence of COVID-19, and Hahn said sample pooling “becomes especially important as infection rates decline and we begin testing larger portions of the population.” This pooling EUA carries a requirement that the sample be collected under supervision.

Secaucus, N.J.-based Quest said in its July 18 statement that the data presented to the FDA for this updated EUA demonstrated that none of the nearly 3,100 total specimens would have been incorrectly determined to be negative if pooled, a determination based on a population with a prevalence of rate of 10% or less. The company will deploy the technique at its plants in Chantilly, Va., and Marlborough, Mass., “by the end of next week, with additional laboratories to follow,” the company said. In a separate July 18 statement, Quest said it has performed roughly 7.4 million diagnostics tests for COVID-19 to date, and another 2.5 million serology tests. Daily capacity is 125,000 molecular/diagnostic tests and 200,000 antibody tests via serology.

Wendy Bost, senior director for corporate communication at Quest, told BioWorld that this EUA should not overwhelm the supply chain for swabs, but there are chokepoints in other related supply chains.

“I would say we are continuing to see constraints on some supplies,” Bost said, but she added that delivery of analytical platforms is probably the biggest rate-limiting factor in expanded testing at present. The supply of reagents is still a problem as well, but she noted that suppliers are trying to handle global demand, and that “they’re making heroic efforts” to keep demand adequately fed.

Bost confirmed that a positive result in these pooled swab samples requires retesting, but that the existing swabs are usually sufficiently intact that there is no need to go back to the individuals for a new swab sample.

Even as the world’s regulatory agencies and test developers push diagnostic and surveillance tests to market, there is some concern that the available tests are demonstrating a troubling range of variation in accuracy. These findings, which are spelled out in a recent journal article, suggest a need to continue to validate these tests by entities other than the test developer.

A recent press release for the analysis said that it was conducted by NSF International of Ann Arbor, Mich., and Novateur Ventures Inc., of Vancouver, British Columbia, and that the underlying studies covered more than 60 tests in total. Of these, five were chemiluminescence immunoassay tests, another 15 fell into the category of enzyme-linked immunosorbent assays, while the remaining 42 were rapid diagnostic tests. Some of these tests are lab-based diagnostics while others are deployed at the point of care.

The U.S. National Cancer Institute has conducted independent validations of a number of serology tests for which the FDA had granted emergency use authorizations, a list that is updated at somewhat irregular intervals at the FDA website. Nearly 40 tests have gone through the NCI validation process and a number have been found sufficiently wanting that the FDA has withdrawn the respective EUAs, yet another source of evidence that many tests are being developed with insufficient analysis and validation.

The authors of the article in Diagnostics said there are data suggesting seroconversion of immunoglobulin M (IgM) and immunoglobulin G (IgG) in half of patients at a week after the onset of symptoms, and there is a demonstrable correlation between disease severity and levels of these two antibody isotypes. This correlation suggests a need for an inverse correlation, however, between the severity of disease and test sensitivity.

The authors said they saw a greater degree of variability in the test sensitivity values than in test specificity, a variability they said presses the case for more independent evaluation. The data suggest also that serological tests are more reliable for patients in the later stages of the disease, thanks to the greater presence of IgM and IgA in the blood stream.

One of the authors of the analysis, Robyn Meurant, the executive director of regulatory services for in vitro diagnostics and medical devices at NSF International, told BioWorld that the pandemic has been surprising on several fronts, including where testing is concerned. Meurant said polymerase chain reaction testing for the virus’s RNA worked fairly well from the outset, but that antibody tests have not evolved along a very predictable path.

Meurant said while she backs the notion of a national government agency conducting validation studies of tests, “normally, there’s no obligation to do a nationwide set of studies” for that purpose. Small-scale studies have been undertaken in a number of nations, but they are not usually well coordinated, and thus a number of regulatory agencies found themselves scrambling to catch up with circumstances. Meurant noted for instance that Australia’s Therapeutic Goods Administration (TGA) initially exercised a very light regulatory touch, but that TGA “quickly realized the tests were not living up to their claims.”

“For economy of time and effort, international efforts are probably what’s required” of third-party validation of tests, Meurant said, although she pointed out that the U.S. National Cancer Institute is not the only entity providing independent test validation. Either way, test validation is only part of the picture because public health officials “need a very clear understanding of what you’re doing and why you’re doing it.” A positive antibody test result might be interpreted different ways, depending on several factors, including elapsed time since onset of symptoms.

Clinicians are likely to recognize this, but Meurant said, “it may not be as apparent to a public health official downstream,” who is usually going to be less familiar with testing generally. She also noted that antibody testing is still something of a gray area inasmuch as “the jury is still out on how long these antibodies persist,” another layer of complexity that adds yet another headache to the lives of public health officials.

Recently, there have been reports about T-cell immunity to the SARS-CoV-2 virus, but Meurant said the underlying data are probably still too raw to be of much use at present. “I suspected from the early days that there had to be a big T-cell factor,” she said, because of some odd-seeming signals about the relationship between antibodies and disease severity. This question about T cells is not strictly a testing question, Meurant said, adding, “it’s going to be interesting to see how that interplays with vaccine development” as well.