Featured in the Globe & Mail 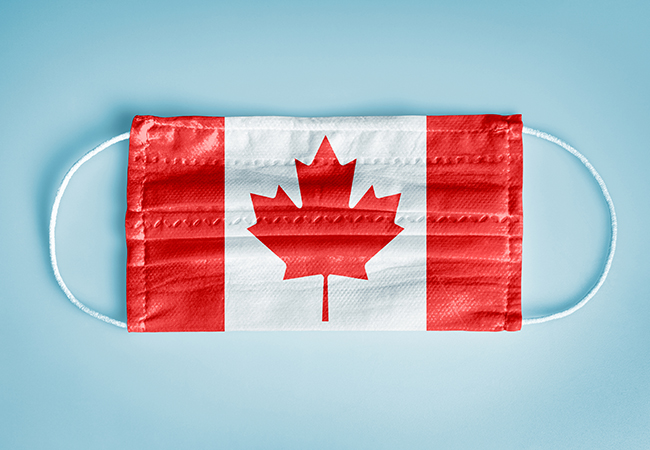 Fewer than 1 per cent of Canadians have had the virus that causes COVID-19, according to initial findings from the largest serological survey conducted to date across the country.

The results, released Thursday, are based on 10,000 anonymized blood donations. They offer the best glimpse so far at the extent of the disease beyond the official count of confirmed cases, which now stands at just more than 112,000. The actual number of cases could be three times that, although sample size and testing uncertainties mean it is not yet possible to make a more precise estimate.

What is clear is that an overwhelming majority of Canadians remain just as susceptible to the virus as ever, even as provinces continue to lift restrictions and people resume activities that may bring them into closer and more frequent contact with others.

“What we have here is very strong evidence of widespread vulnerability. That means we can’t let our guard down,” said David Naylor, who co-chairs Canada’s immunity task force.

The federally appointed committee organized the survey, which looked for the presence of antibodies that are specific to COVID-19 in the blood serum of donors, known as serological testing. The antibodies are produced naturally by the immune system in response to an infection. Unlike tests that are designed to show if someone has an active case of COVID-19, antibody tests can reveal if someone has encountered the virus at some point in the past, whether they realized it at the time or not.

The survey found the overall death rate due to COVID-19 in Canada is likely to be about 1 per cent, rather than the nearly 8 per cent that would be indicated by considering only confirmed cases. Its finding are also consistent with a survey of approximately 1,700 British Columbia residents released last week by the BC Centre for Disease Control.

The samples for the national survey were obtained using serum from regular blood donations made to Canadian Blood Services between May 9 and June 8, during which time the total number of reported cases ranged from 67,000 to about 95,000 nationally.

Whenever an individual donates blood, a small quantity is diverted for a range of tests, said Chantale Pambrun, director of the organization’s centre for innovation in Ottawa. In this instance, whenever enough diverted blood was left over after other required tests were completed, the sample was used for antibody testing.

Individuals whose blood was screened for antibodies have not been notified, as the survey did not seek to determine with certainty whether any one person was exposed to the virus, but rather to obtain a snapshot of the population at large.

“We’re trying to understand, in aggregate, what is the exposure rate among Canadians,” Dr. Pambrun said.

A more detailed analysis of the results will be possible after more than 37,000 individuals have been sampled, which is expected by the end of the summer, Dr. Pambrun said.

“Once we have more test results we can better understand regional differences,” she added.

All provinces except Quebec were included in the survey. A separate analysis of samples gathered by Héma-Québec is expected to round out the national picture, Dr. Naylor said.

The results are not based on a random sample of citizens because blood donors are typically healthier on average than the population as whole. The donor group also does not include children and is geographically skewed toward city dwellers, who can more easily get to blood-donation centres.

Samples were tested for antibodies using a lab-based test developed by Abbott Laboratories, an international medical devices and diagnostics company based in Illinois. It is one of a handful of serological tests that have so far been approved for use by Health Canada.

The test has performed well in studies that show it does not easily mistake the virus that causes COVID-19 with other human coronaviruses.

“We want to make sure we’re not picking up the common cold,” said Mary Rodgers, who leads the company’s global viral surveillance program.

The Abbott test was among the most reliable identified in a literature review of serological tests conduced by researchers at Novateur Ventures in Vancouver.

More than 50 others, including many at-home serological test kits not yet approved in Canada, were shown to underperform in terms of sensitivity and specificity to COVID-19.

“What we found is extremely disappointing. The majority of these tests don’t meet their own specifications,” said Ali Ardakani, who co-authored the review, published earlier this month in the journal Diagnostics.

The review illustrates why there has not been a rush to make inexpensive serological testing available on an individual basis in Canada. In addition to the questionable performance of many tests, it not yet clear how the presence of antibodies relates to immunity. Antibody tests also do not detect other forms of disease resistance based on immune cells.

Even so, Dr. Naylor said, the blood donor survey can establish that overall exposure to the virus has been low across Canada and it would be unrealistic to imagine the population is anywhere close to achieving “herd immunity,” a state in which the virus can no longer spread indefinitely.

“Herd immunity was always something of a dangerous fantasy, because of the toll that would be taken to get to those kinds of levels of background immunity,” Dr. Naylor added. “While everyone understands we need to get the economy and civil society going again, we need to get schools open … great caution is needed as we all wait for an effective and safe vaccine.”